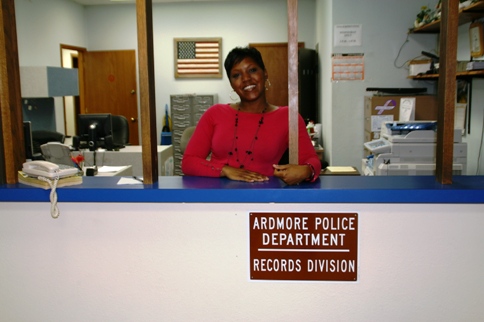 Ardmore Police Department’s Records Section does not currently charge for one copy of a collision or other report.

If you need the requested information by a specific date or deadline, please make your request well in advance.

Due to situations beyond our control, we are not always able to deliver the requested report within a few hours or on the same day, which depends on the request and other external factors.  We always try to be expedient, but do not always have time to process the numerous requests we receive right away.

We look forward to serving you...

The Oklahoma Open Records Act does exclude some information from public disclosure.  If the information you are requesting involves an incident currently under investigation or still active in the court system, juvenile information, allegations of sexual assault or child abuse, or other confidential information, it may not be released